Do you like good live music? Do you like to have a good time? Do you enjoy meeting people? If you answered “yes” to any of these, the Alexander City Jazz Fest is for you.

In the Jazz Fest’s 31 years, there’s never been a ticket sold, because it is a free-to-the-public, non-ticketed event. Come enjoy some great music in downtown Alexander City and at The AMP! 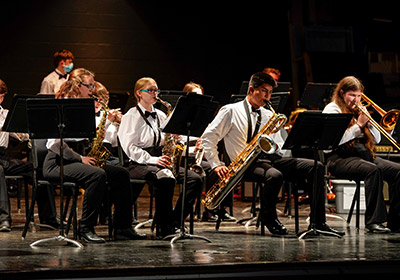 On Friday at 6pm, from Alexander City, the Benjamin Russell High School Jazz Band is set to perform. These students were outstanding last year, but this year, expect more. They will bring it! Come early and grab a spot in Strand Park. You don’t want to miss a single note. 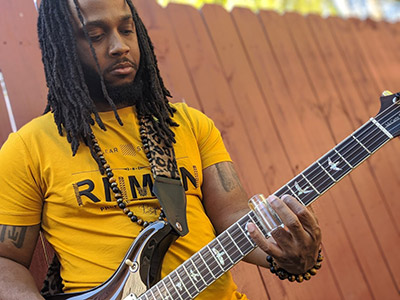 At 7:30 Friday, A.J. Ghent, from Atlanta, will join in. What does he play? Well, his style can be defined as fresh, nostalgic, electrifying and roots rock— fusing blues, funk, rock, and pop, mashing it into a genre he likes to call Neo Blues. He calls James Brown, Prince, and his family heritage his influences. It’s amazing to watch him picking, sliding and strumming all over those strings, whether it’s one of his custom-built 6- or 8-string lap steel hybrids or his acoustic resonator. A.J. performs standing upright like a guitar player, using his over handed technique to play slide, so that he can dance and have more mobility during his live shows.

A.J. has opened for such legendary acts like Zac Brown, The Allman Brothers Band, Derek Trucks, Robert Cray, and Gov’t Mule, and he can be heard on recordings with Zac Brown and Luther Dickinson, as well as being featured on Zac Brown’s Grohl Sessions. Before all of that, he was hand-picked by the late great Colonel Bruce Hampton who mentored him. A.J. played in Hampton’s band, Pharaoh’s Kitchen, for about a year—and like true Colonel Bruce style, the elder statesman always reminded A.J. to be “true to himself.” 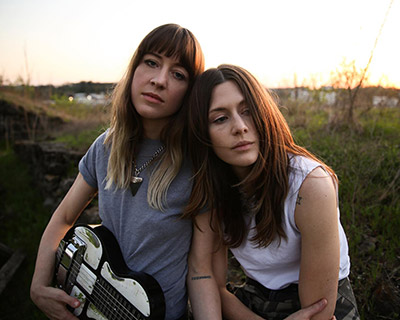 Just when you think it can’t get better, at 9pm from Nashville, Larkin Poe will take the stage! Rebecca & Megan Lovell of Larkin Poe are singer/songwriter, multi-instrumentalist sisters creating their own brand of Roots Rock ‘n’ Roll—gritty, soulful, and flavored by their southern heritage. Originally from Atlanta and currently living in Nashville, they are descendants of tortured artist and creative genius Edgar Allan Poe.

What are folks saying about Larkin Poe?

“This is the kind of music that nabs GRAMMY nominations.” – Taste Of Country

“Larkin Poe are your next favorite performers.” – Forbes

“A stark, at times almost gothic take on the mosaic of Americana” – CLASH Magazine

“Larkin Poe are preachin’ the Blues and convertin’ the masses.” – Guitar World

“Venom & Faith fuses the group’s inherent raw and rootsy base with a variety of textures and techniques.” – Billboard

“…a beguiling mix of gothic soul and outlaw country.” – UNCUT

And now, on to Saturday at The AMP! Saturday morning after night one of Jazz Fest, you think, “last night was awesome!” But Saturday night will blow your socks off! 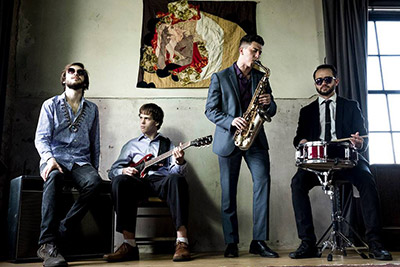 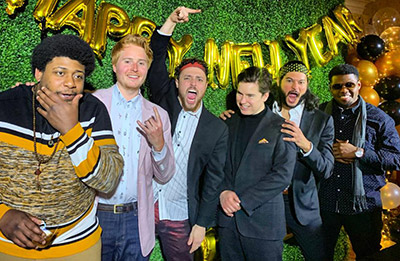 At 7:30, The North 41 from Chicago hits the stage! The North 41 is a dynamic blend of Rock, Funk, and Jazz, with the danceability of Pop music and sophisticated musicianship that keeps you hanging on every guitar solo, every drum solo, and every whaling vocal lick. The Chicago-based band has been winning fans all over the Midwest since 2014. Yes, we are dancing at The AMP. 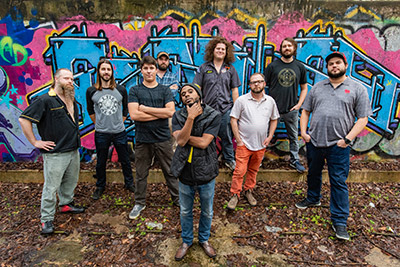 To close out Jazz Fest weekend, taking the stage at 9 o’clock, from Augusta, Georgia, it’s Funk You! This nine-piece band features horns, drummer, percussionist, keys and fun! Friends, fun, and love comprise the ethos of Funk You—a musical juggernaut. Motivated by a love of live performance and armed with a captivating sonic presence, the band places a healthy helping of Soul atop a funky backbeat that continues to evolve after a decade on the road.

They have it all: trombone, sousaphone, trumpet, Gnarly G on saxophone, along with drums, percussion, keys, guitar, bass and vocals!

Your feet may hurt from all the dancing, but that smile on your face from the great time you had will be real! Live music—the best kind of music—it’s the Alexander City Jazz Fest! See you downtown and at The AMP!