The lineup is set for the 32nd annual Alexander City Jazz Fest which is scheduled for this Friday, June 10 in downtown Alexander City’s Strand Park and Saturday, June 11 at the Lake Martin Amphitheater. Kicking off Jazz Fest on Friday night at Strand Park is The Talismen. They will be followed by the Grammy‐nominated Hot 8 Brass Band, who will serve as Friday night’s headliner. Saturday night at the Lake Martin Amphitheater will commence with recent American Idol contestant Tristen Gressett, who will be followed by Joslyn and The Sweet Compression. Former American Idol winner Taylor Hicks returns to the Jazz Fest stage and will headline Saturday night’s performance. This two‐day music festival is presented by Russell Lands and free to attend.

“We are thrilled with the diversity and talent we’ve recruited to perform at this year’s Jazz Fest,” said Ed Collari, President & CEO of the Alexander City Chamber of Commerce. “This is the signature event for Alex City and the Lake Martin community. It’s exciting to have this caliber of musicians performing for the attendees Jazz Fest attracts over the two days. I would like to thank Russell Lands for serving as the presenting sponsor as well as all of our sponsors and the City of Alexander City for allowing us to host this event each year.”

Kicking off the 32nd year of Alabama’s longest‐standing free music festival is The Talismen, who formed in 2015 in Montgomery, AL. With a combination of energy and sophistication beyond their years, The Talismen put on a show containing soulful and funk‐filled originals along with some music of their favorite artists from across the jam, rock and funk spectrum. Friday night’s headliner is The Hot 8 Brass Band, who received a 2021 Grammy Nomination for Best Album, We Are with Jon Batiste. The New Orleans-based brass band blends hip hop, jazz and funk styles with traditional New Orleans jazz sounds. The Hot 8 Brass Band was formed by Bennie Pete, Jerome Jones, and Harry Cook in 1995, with the merging of two earlier bands—the Looney Tunes Brass Band and the High Steppers Brass Band. 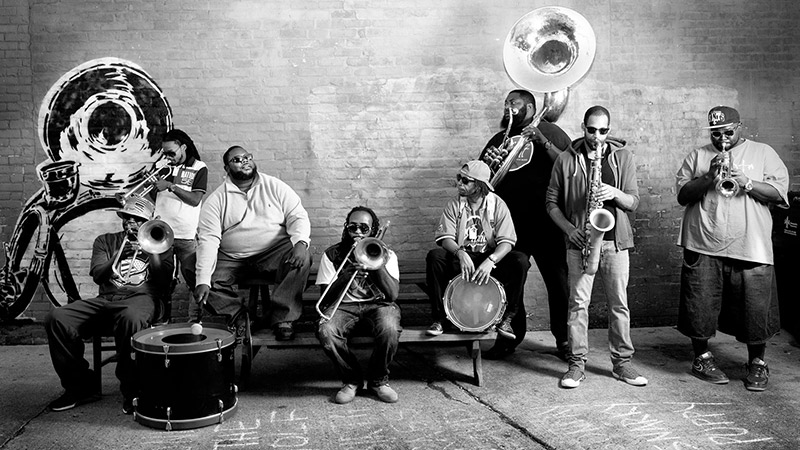 Saturday night’s show will have an American Idol vibe with Tristen Gressett scheduled to open the festivities at the Lake Martin Amphitheater. Returning to Alabama after making the Top 11 on the most recent season of American Idol, the 17‐year‐old Gressett has a soulful retro rock n’ roll spirit and has already released his first EP. The middle act of the second night will be Joslyn & The Sweet Compression, who deliver a hook‐filled mix of funk and soul that continues to captivate audiences with their stirring live performances. Rounding out the 32nd edition of the Alexander City Jazz Fest will be Alabama native and former American Idol winner, Taylor Hicks, who will bring excitement to the stage with his soulful vocals and talented group of bandmates for an up‐tempo, high‐energy closer.

More information can be found at www.alexcityjazzfest.com or by liking the Alex City Jazz Fest Facebook page. Contact the Alexander City Chamber of Commerce with questions at 256.234.3461.